SKU: 96310
Angel Cer√≥n presents a faithful replica of the Aztec calendar, known also as the 'Sun Stone.' According to pre-Hispanic beliefs, there have been a total of five suns, including the current one. According to legend, the previous four, together with humans, were destroyed by the gods' wrath. The calendar represents the fifth sun and tells the story of the past four and marks the changing of the seasons. The Aztecs (or 'Mexica,' as they called themselves) believed the sun struggled daily against the forces of darkness. They aided the sun through human sacrifices. 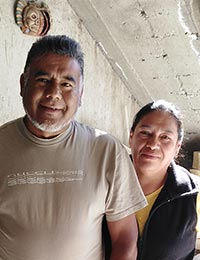